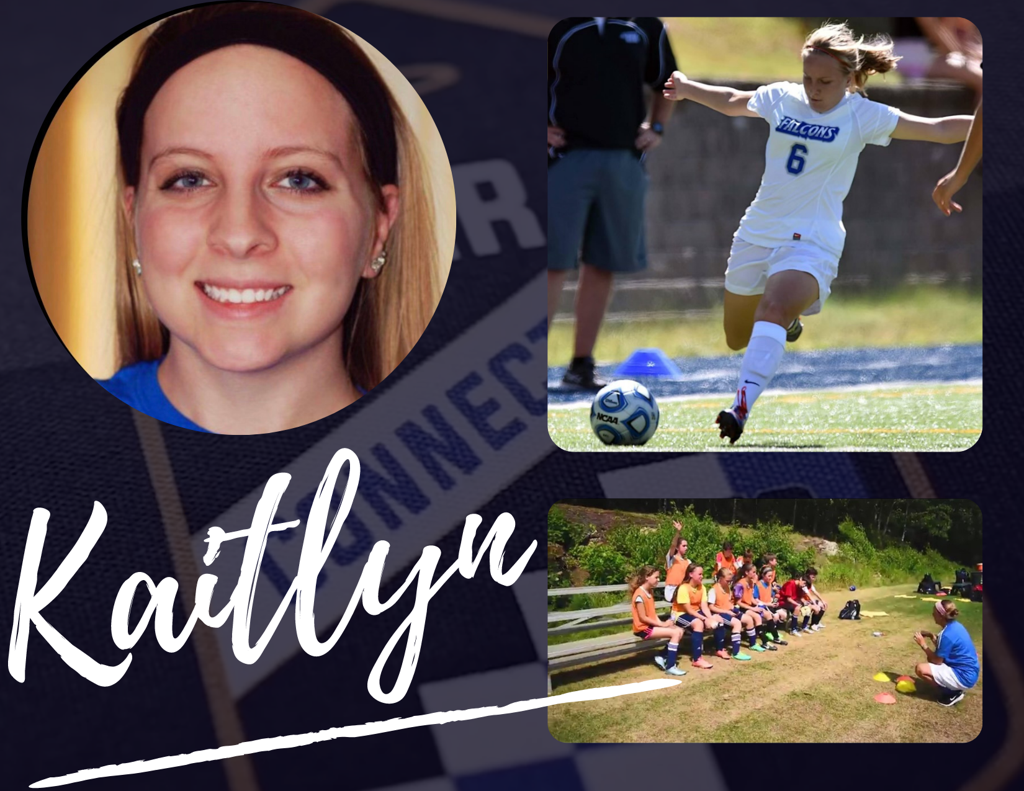 Has all GNC training requirements

Kaitlyn, born and raised in Stratford CT, began her coaching career fresh out of high school in 2013. Kaitlyn went to Bunnell High School where she was a 4 year varsity starter and earned multiple awards for her time played there. She also has played premier soccer her entire life and brings personal experience to the table.

Her coaching career started in Weston CT where she learned new techniques from coaches from all around the world while studying for her psychology degree and playing soccer at Albertus Magnus College in New Haven. Kaitlyn holds an assist record at Albertus and has also earned awards such as All-Tournament Team and All-Conference Team while playing for the college. She has coached in Norwalk, Brookfield, Wilton, Greenwich, and Carmel & Lewisborow NY.

In 2018, Kaitlyn began her high school coaching career by becoming the team trainer for Brookfield High School Girls Soccer as well as stepping in as head coach of John Jay High School’s JV Girls program, in South Salem NY. Throughout her time there, she developed their JV program to produce varsity players for upcoming seasons. Kaitlyn is dedicated, experienced, and eager to coach for Inter FC to create well balanced, all around players.